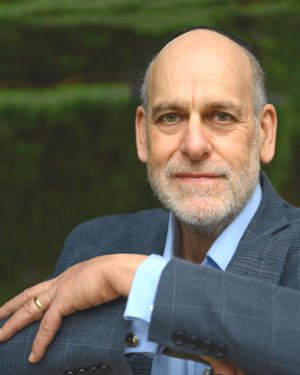 Dr. Morinis is a leading figure in the contemporary revival of the Mussar movement, a 1,100-year-old authentic Jewish personal and communal spiritual tradition that was nearly lost following the Holocaust. A filmmaker, Rhodes Scholar, and anthropologist, he reached a personal turning point in his life in 1997 that led to his exploration of Mussar. Alan continues to explore and interpret original Mussar sources in Hebrew and is making these valuable teachings available to the contemporary world. 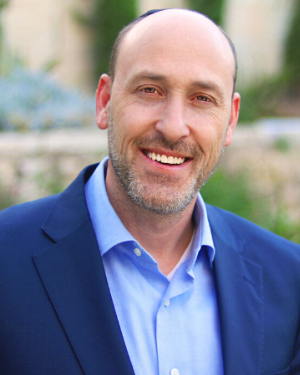 Rabbi Fertig has guided TMI courses since 2010 and became Director of Mussar in 2012. He is the program designer for this Kallah. He is the author of Bridging the Gap, a comprehensive guide to important Mussar concepts and lessons from the Talmud. Born in the United States, for the past 25 years he has resided in Israel and currently lives in Beit Shemesh with his wife and six children. 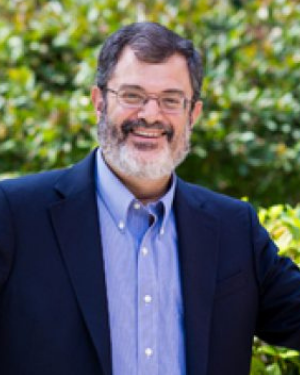 DIRECTOR OF CHAVERIM AND OUTREACH

Eric is a graduate of SUNY-Albany and was ordained at the Hebrew Union College Jewish Institute of Religion in New York. Eric has served congregations in New York City; Jackson, MS; Teaneck, NJ; Newton, MA; and is currently the rabbi of Sha'arei Shalom in Ashland, MA. Eric facilitates Mussar groups throughout the Greater Boston area and in Western Massachusetts. He and his wife, Laura Kizner Gurvis are blessed with four children and two young grandsons. 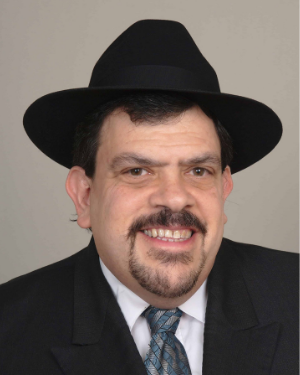 Rabbi Micha Berger is a father and husband and sees in those roles much of the expression of his Judaism and his Mussar work. He was a student of Rav Dovid Lifshitz, the Suvalker Rav zt”l, at Yeshivas Rabbeinu Yitzchak Elchanan. Since that time he has infused his Jewish practice with the blend of love, Mussar Jewish thought that marked Rav Dovid’s Torah and life. Rabbi Micha Berger is a computer programmer, the founder of Aish Das Society, and an author who speaks on Jewish Thought, Mussar, and the meaning of our tefillos. His work has been described in HaModia and Yated Neeman, and has been noted in the Orthodox Union’s Jewish Action and The Jerusalem Report. 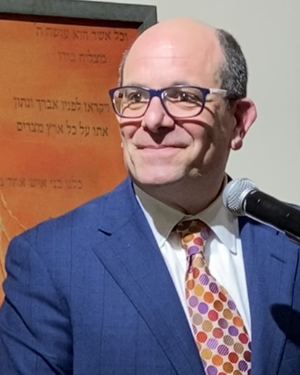 Rabbi Block is a member of the Board of the Central Conference of American Rabbis and has served as President of the Southwest Association of Reform Rabbis. He is Dean of the faculty at Union for Reform Judaism’s Henry S. Jacobs Camp, a role he held for 21 years. He is a member of the President’s Rabbinic Alumni Council of Hebrew Union College-Jewish Institute of Religion. Rabbi Block is the editor of The Mussar Torah Commentary, published by the CCAR Press in 2020. His has written chapters and articles in several CCAR Press anthologies and publications. He blogs at the CCAR’s Ravblog. 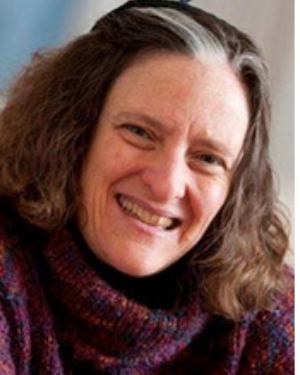 On May 12, 1985, at the age of thirty, Amy Eilberg became the first woman ordained in Conservative Judaism. In 1986 she became the first woman appointed to serve on the Rabbinical Assembly Committee on Jewish Law and Standards. Following her passion to care for the ill, she served as a chaplain at Methodist Hospital in Indianapolis and as hospice chaplain for the Jewish Hospice Program in Philadelphia. She helped found the San Francisco Bay Area Jewish Healing Center which, at the height of the AIDS crisis, offered spiritual care to Jews people living with illness, death, and loss. 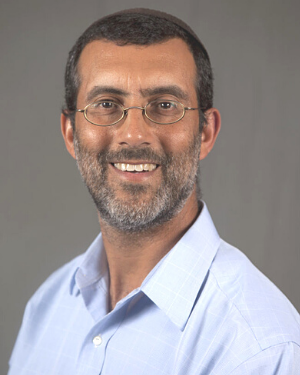 Rabbi Jaffe is a writer, teacher, and spiritual seeker who has spent his adult life pursuing Jewish wisdom and working for reconciliation and social justice. His first book, hanging the World from the Inside Out (Trumpeter, 2016), explores how to walk a holy path that integrates deep spiritual wisdom with the daily work of peacemaking and social change. David’s social consciousness was forged by the busing era and legal desegregation of the late 60s and early 70s in New York as well as the growing openness about the Holocaust in the Jewish community. 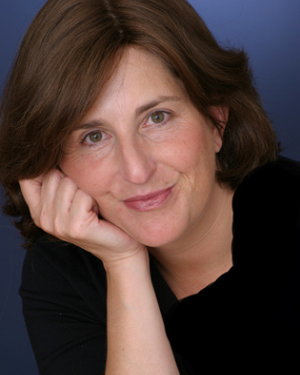 Rabbi Poupko Kletenik is Head of School at the Seattle Hebrew Academy. She is widely published on Judaism and writes a monthly Jewish advice column for Seattle's Jewish Sound. Rivy frequently lectures on all things Jewish. She was awarded the American Jewish Press Association's first prize award for commentary in 2001 and is a Seattle Hadassah Honoree. 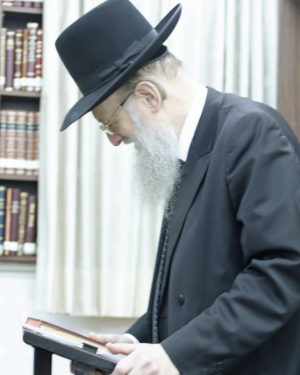 Rabbi Dovid Nussbaum is currently mashgiach ruchani (spiritual advisor) at Yeshivas Torah Ore Israeli division in Jerusalem, a position he has held for the past twenty-five years. Born in the United States, and a native English speaker, Rav Nussbaum came to study in 1978 at the renowned Mussar Yeshiva at Beer Yaakov, Israel, under the guidance of Rabbi Shlomo Wolbe zt’l, the leading Mussar personality of our generation. He has lived in Israel ever since. Rav Nussbaum remained a close student of Rav Wolbe until his passing in 2005. 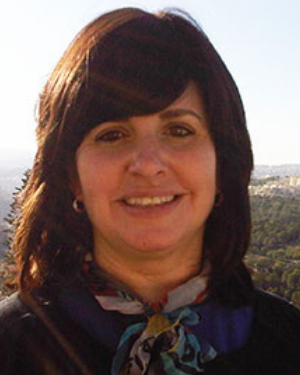 Rebbetzin Dina Schoonmaker is a teacher, popular lecturer, and relationship counselor. A staff member of Michlalah Jerusalem College for over 20 years, Dina teaches numerous courses and runs a counseling hotline for alumni where she deals with issues such as dating and marital harmony. In addition, Dina lectures extensively throughout the seminary circuit on topics of Mussar and personal development through the eyes of the Torah. Since TMI’s first Israel trip, Dina has led The Mussar Institute’s Israel Women’s va’ad over a two year period. 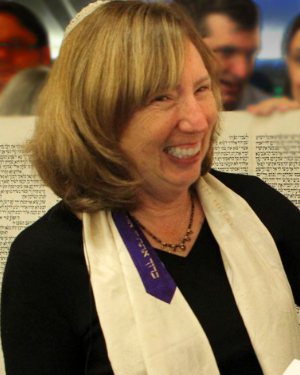 Rabbi Shanks grew up in a Reform synagogue and participated actively in her local and regional Youth Groups. She earned her B.A. degree in Religion, from Pomona College, Claremont, CA and in 1979 entered Hebrew Union College-Jewish Institute of Religion, first in Jerusalem and then in New York City. She was ordained as Rabbi in 1984. Until 1991 Rabbi Shanks served Temple Beth Hillel in Richmond, CA, and in 1992, joined the clergy at Temple Isaiah for 26 years. She has a special interest in the study and teaching of Mussar, Jewish feminist studies, the development of new rituals for life cycle events, liturgical poetry, and modern Hebrew literature. 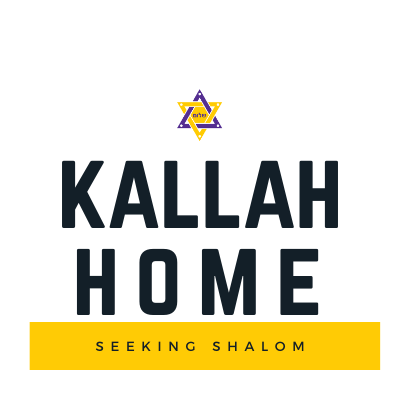 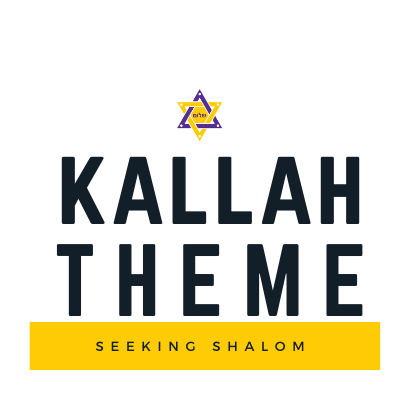 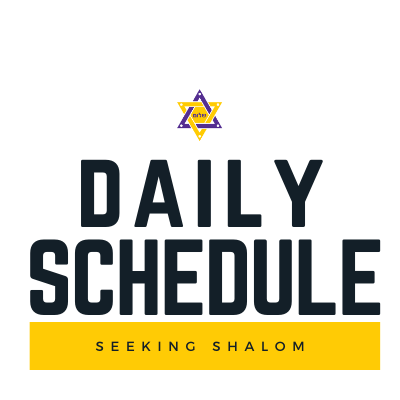 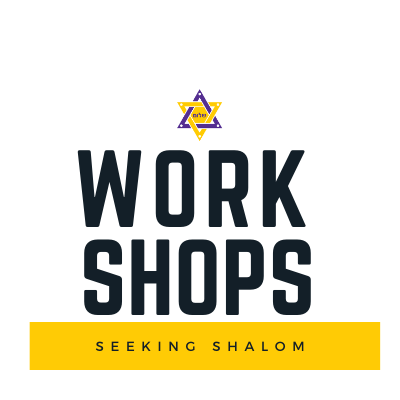