A Text Study Course for Intermediate and Advanced Students

Modalities: Live teaching, discussions on one of the most important Mussar texts. This text is not available in English.

Registration: Part 3 Registration is open for students who have completed Parts 1 and 2. Exceptions require approval from the instructor. 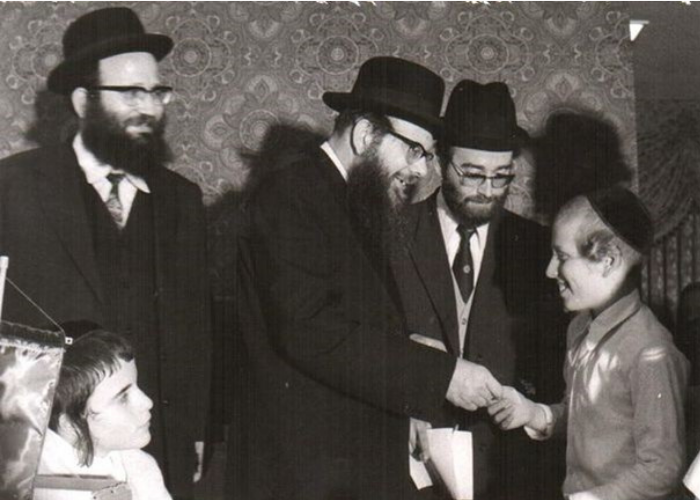 Alei Shur is a text-study course for intermediate-advanced students from Avi Fertig, Director of Mussar. While the source text, Alei Shur from Mussar Master, Rabbi Shlomo Wolbe, is written in the original Hebrew, students who are not proficient in Hebrew will be able to engage in the course as Avi will provide word-for-word translation during his lecture. A written translation will not be provided.

The course inspires students by providing skills for text-based study and having students gain access to Shlomo Wolbe's first work, which took him 13 years to write. The course will provide a thorough exploration of Rav Wolbe's methodology and his unique approach to Mussar.

By acquiring this advanced knowledge and mastery of Mussar concepts, students, who have completed either Yesod or Manchim, will be better prepared to lead va’adim and teach for TMI.

The intention is to continue studying the text in “parts” for a period of approximately two years.

Avi's Note on the Translation

As the text will be in Hebrew only, we anticipate questions and will have someone available to respond to you. The class will include a word-for-word translation and will be recorded for later viewing. There is also an English translation (in audio form) available online here.

Plan to purchase Alei Shur.  Avi will scan the texts for students for the first two classes in case shipping is delayed. The cost is approximately $30

Alei Shur at Eichlers (May be sold out, however Eichlers frequently gets in new stock.)

In Alei Shur part three we begin our study of what Rav Wolbe calls Chinuch ha’atzmi prati, educating the individual self, as opposed to Chinuch ha’klali, general principles of Mussar education applicable to all. Why is self-knowledge so integral to one’s inner growth? How can we come to know ourselves? Why does Mussar practice require engaging one’s individual spiritual curriculum? Join us as we listen and learn directly from the words of Rabbi Shlomo Wolbe, the preeminent Mussar Master of our generation.

Rabbi Shlomo Wolbe (born: Wilhelm Wolbe, 1914 - 2005) was the pre-eminent Mussar master of our generation and our primary link to the Mussar academies of pre-war Europe. Often referred to simply as “The Mashgiach (The Spiritual Supervisor),” he was best known as the author of Alei Shur, a modern Mussar classic, the first volume having been written over a span of thirteen years. Born in Berlin to an assimilated family, he was influenced by fellow students at the University of Berlin and after completing his studies decided to dedicate himself to Torah study. After brief stints in the Hildesheiner Rabbinical Seminary and a Yeshiva in Switzerland, he took himself to study at the famed Mir Yeshiva in Belarus. Despite his relatively young age, he forged a deep relationship with the revered Mussar mashgiach, Rabbi Yerucham Levovitz

At the start of World War II, R’ Wolbe was separated from the Yeshiva and survived the war years in Sweden. There he taught Torah to the local Jewish population and was instrumental in saving many Jews from the Nazis through his work in the Vaad Hatzalah. He also founded a seminary for young women who had survived the Holocaust. After the war, R. Wolbe made his way to Israel and in 1948, took over the running of a small Yeshiva. Two years later he was joined by Rabbi Moshe Shmuel Shapiro and the Yeshiva grew to be known as the Be’er Yaakov Yeshiva, after the town where it was located. For more than 30 years, until 1981, R’ Wolbe served as spiritual guide to this yeshiva and its students. Many of these students are now spiritual supervisors in Yeshivot across Israel and the diaspora. Later, he opened Yeshivat Givat Shaul in Jerusalem, a house of learning specializing in Mussar. He also founded the Bais Ha’Mussar (a Beit Midrash dedicated exclusively to the study of Mussar) located next to the Yeshiva that continues to operate today.

Toward the end of his life, Rav Wolbe gathered together some of his primary disciples and explained that the central foundation of all his teaching was to be constantly teaching themselves from their learning and from life experience. He implored his students to study Torah, to perform the Mitzvot, to interact with the world, and to see how it related to them personally.

In his presence, you had the sense that there was so much depth beneath the surface. His warm smile invited you to feel close and nurtured so that you might catch glimpses of his incredible self-discipline and penetratingly deep relationship to the One Above. Every movement was calculated, every word measured, and one experienced the seemingly effortless way a human being whose essence was permeated with intense Kedusha / holiness conducted himself in an elevated manner. Every encounter became an unforgettable lesson.

His writings focus on building the olam pnimi, the inner world of each individual student. With creative brilliance, he transmitted the transformative practices of pre-war Mussar to today’s generation. Each student was given a path through which they might develop their unique abilities and use them in the service of God and others.

He spoke often about being a ben aliyah, a growing person (lit., a person going up), and his students relate that Rav Wolbe had a special meaning behind these words. An even more literal translation for ben aliyah is “one who possesses an aliyah,” an attic, or a higher place within themselves. Spiritual growth, he explained, is to develop and come to know your deeper self and to have it animate your outlook and behavior.

Some twenty years ago, on the occasion of my son Shai’s third birthday, I took him to receive a blessing from Rav Wolbe. As we entered the apartment, we were warmly greeted with the most “bubbi like” smile from his wife, Rivka. Rebbetzin Rivka was the daughter of the spiritual supervisor of the Slabodka Yeshiva, Rabbi Avrohom Grodzinsky, and she was instrumental in the editing and publishing of Rav Wolbe’s writings. Seeing the young Shai, she excused herself and returned with a candy. She then informed Rav Wolbe that he had visitors and we were led into his study. Despite being in the middle of writing, he immediately greeted both of us and motioned for me to bring little Shai over to where he was sitting. He put his hand on the young boy and smiled deep into his eyes. “You should be a ben aliyah,” was the short blessing he conferred. He then turned to me, standing proudly beside my son, looked me in the eye, and said, “you, too, should be a ben aliyah.