Become Your Best Self

Come. Discover. And, grow with us through the inspiring and

WHAT: ABOUT THE MUSSAR INSTITUTE
HOW: THE JEWISH SPIRITUAL PATH OF MUSSAR
WHY: MUSSAR STUDY CHANGES LIVES

WHAT WOULD YOU LIKE TO DO WHILE YOU ARE HERE?

OUR COMMUNITY IS COUNTING THE OMER

LEARN MORE ABOUT OUR ANNUAL PROGRAM AND JOIN US!

OPEN COURSES FOR ALL LEVELS OF MUSSAR EXPERIENCE

We are a community of learners and seekers who strive to reach our full potential as individuals and in our communities. We draw on and share the teachings of Mussar, a practical and inspiring Jewish spiritual tradition, to foster a life of greater meaning and enhanced relationships. We open the pathway of Mussar to Jews of all denominations and affiliations, and to others who wish to explore these Jewish spiritual practices.

Study Mussar with us. We offer courses at all levels: from beginner to advanced, in-person and online. We train, certify, and offer continued professional development for Mussar facilitators.

Our community is the heart of who we are and all we do. We provide many pathways for our community members to connect with their teachers and with one another. Our sustaining membership program, the Chaverim Initiative, with many exclusive program benefits, is open to all.

There are many ways to support TMI. Take a course to establish or deepen your Mussar practice. Join our Chaverim membership program to meet others on this spiritual path. Or donate to help us keep our prices low and provide scholarships to those with financial difficulties, especially during this challenging time. 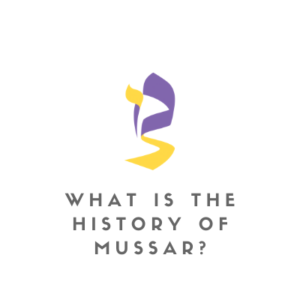 Before the nineteenth century, Mussar was an introspective, solitary practice. However, in the mid-1800s Rabbi Yisrael Salanter called on the Jewish people to learn and practice Mussar as a means to strengthen their hearts. His disciple, Rabbi Simcha Zissel Ziv, later founded a yeshiva in Lithuania which became the seat of the Kelm stream of Mussar. Two other disciples, Rabbi Noson Tzvi Finkel of Slabodka and Rabbi Yoseph Yozel Hurwitz of Novarodok also founded yeshivas and articulated their own versions of Mussar teaching. Contemporary Mussar teachers draw on all three schools to inform their teaching. LEARN MORE

Mussar is a traditional Jewish path of spiritual development that leads to awareness, wisdom, and transformation.  It is a treasury of teachings and practices that help individuals understand their true nature as holy souls, then break through the barriers that surround and obstruct the flow of inner holiness or light. The goal of Mussar is to release the light of holiness that lives within each soul. LEARN MORE 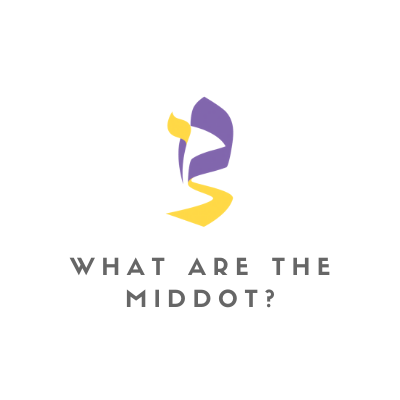 Through the study and practice of Mussar students balance the characteristics or traits of their nefesh (soul) that cause the light within to dim. In Hebrew, the word for traits of the nefesh is middot. The singular form is middah. LEARN MORE 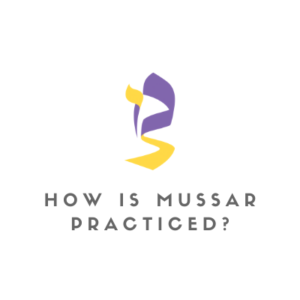 Practice is inherent in the Mussar tradition. In order to develop, change, or transform on a journey toward holiness, knowledge in itself, is inadequate. While the pathway starts with learning, knowledge needs to come to life. Practice is what embeds the learning in the heart so that it becomes the fabric of who you are. For example, the lazy person becomes energetic; the miserly person becomes generous. LEARN MORE

Around the globe we are building a robust, meaningful, and caring community of chaverim, or friends. Join us!

For the past 15 years, we have interpreted and taught the ancient traditions of Mussar. Help us bring light into our world by donating today.